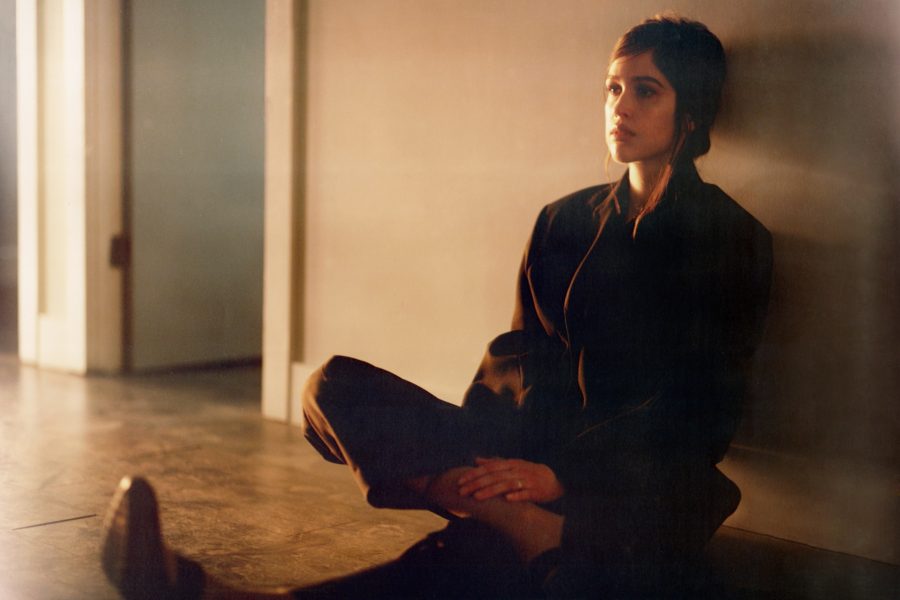 Marie Davidson’s music dives deep into her internal psyche. Her new album draws on the influence of her assorted musical heroes, an array of important thinkers, and her recent experiences as an artist. On Working Class Woman, she takes the same building blocks as before but knocks them together into something bolder. Crafting a more timeless sound than she’s done previously, it’s the logical next step for a career built on a far-reaching worldview.

Davidson’s relationship to music started with the violin. She was raised in Montreal, the city where she still resides now, and her parents nudged her toward learning an instrument. Her request to learn the piano was rebuffed. The violin was a cheaper option, and one which she would be able to transport between her separated parents’ houses. She had classical training for several years and played in orchestras while she was at high school.

In the meantime, she hungrily consumed the music which she heard around her. That meant Nirvana, hip-hop and R&B: the sounds which were taking root in the ‘90s. By the time she was 19, she had picked up the guitar and was starting to play in bands around Montreal, as well as incorporating those contemporary influences into her own music. She started playing synths, and returned to the violin too, finding inventive ways to record and process the sounds it produced.

She spent a brief period at college studying drama with aspirations of acting, but soon dropped out in favour of focusing on music. She found herself in the city’s then-flourishing DIY scene, going to places like Le Brique, a warehouse space where bands could hang out and experiment. She looks back on that time as her training: the preparation for making her own music, where she found her voice and made important connections.

That included her now-husband Pierre Guerineau, with whom she now records with as Essaie Pas, releasing two albums together thus far for DFA, the latest aptly described by the Guardian as “cyberpunk coldwave”. She also started working with Xarah Dion as Les Momies De Palerme. They recorded an ambient-influenced record, “Brûlez Ce Coeur”, which was released on iconic Montreal label Constellation (also home to Godspeed! You Black Emperor) in 2012.

David Kristian was another collaborator in that period. A longtime fixture of the city’s music community, Kristian guided her to explore production and encouraged her to start making her own music. He and Davidson inaugurated their DKMD moniker, where Davidson fronted the vocals for 2012’s synth disco-styled “On The Other Side” EP. (They later reunited, too, for a horror-tinged Italo record in 2015.) Crucially, though, Kristian introduced her to using sequencers, which have since become a vital part of Davidson’s approach.

It was the catalyst which led to her self-titled debut EP in 2012 and debut album “Perte D’Identité” in 2014. Those first releases spoke to many of the interests which still occupy her now: textured atmospheres, spoken text – rather than spoken word, which she sees as a distinct tradition – and a melange of influences which includes Italo disco, proto-industrial and electro. Nodding to forebears which span from Chris & Cosey to Harold Budd, those first tracks were poised between propulsive, looped sequences and bursts of unguarded exploration. On “Un Autre Voyage” in 2015, she took that same approach and expanded its scope. The album found space for a wide span of sounds, encompassing both gristly arpeggios and lush balearic washes.

She also started to bring together the live set which she still tours now. It sees her play on her own, marshalling a table of gear which includes sequencers, synths and a mic for her to sing and talk into. It allows her to improvise and play each set in a different way to the last. There’s a fiery, direct energy to her shows, which has picked up more momentum the longer she’s spent playing with that set-up.

It was with 2016’s “Adieux Au Dancefloor” where the foundations that Davidson had laid down started to grow into something bigger. She released it with the Cititrax label affiliated to Minimal Wave, the latter having carved out an important role in discovering lesser-heard music from the cold wave and synth pop era. It was punchier and more dancefloor-oriented than previous releases and drew praise from the likes of Pitchfork (“Davidson presents a project that indicates exciting and near-exponential growth in her ability as a writer and producer”), The Fader and Resident Advisor.

Her new album “Working Class Woman”, set for release on Ninja Tune, continues in the dancefloor-minded trajectory charted by Adieux Au Dancefloor. The album’s heavier moments – of which there are many – deliver a gut-punching weight, combined with her characteristically-deployed spoken text. Sometime the text is a peak into her thoughts and state of mind; at other times, she employs a bleak humour, directed both at aspects of club culture and in more oblique critiques of the modern world.

The album’s early moments include lead single ‘So Right’: matching pared back lyrics with a melodic bassline and bright synths, her words sketching out a euphoric feeling that chimes with the music. It all aligns together to create a warm glow, backed by a John Talabot remix, where he slows down the momentum, creating a mellow pace guided a languorous bassline. In ‘Work It’, she probes her workaholic nature. In her opening spoken line, she declares, “You wanna know how I get away with everything? I work, all the fucking time.” The track is, appropriately, unrelenting: it’s a robotic, jacking groove that’s short but sweet. ‘The Psychologist’ – which also alludes to a course she’s currently studying in psychology – is carried by a moody techno swagger that suggests a playfulness evident throughout the record. On ‘Day Dreaming’, soft chimes provide a moment of colourful respite, swirled around with a soft-focus ambience. In contrast, ‘The Tunnel’ is an ominous deep-dive into industrial sound-blasts, focused around Davidson’s dark narration. And in ‘Burn Me’, she takes a turn at a more straightforward club rhythm, building up drones, an acid bassline and flashes of percussion into a tense slow-burn.

Davidson sees the album as an honest document of her state of mind. As she puts it, “It’s an egotistical album – and I’m okay with that.” It’s in part a reflection of the past year, where she spent part of her time living in Berlin and a lot of time on tour – an experience which can be enriching, but draining in the persona which you’re expected to project for people.

That same interest is reflected in the thinkers and writers – like psychologist Alice Miller, physician Gabor Maté or filmmaker Alejandro Jodorowsky (in particular, his book Psychomagic) – which have fed into her creative process. She was drawn to ideas about psychology and the self, filtering her own reflections through the theories and stories which she’s encountered. It’s an account of an artist taking ever bigger strides in turning those expansive ideas into her own characteristic medium.