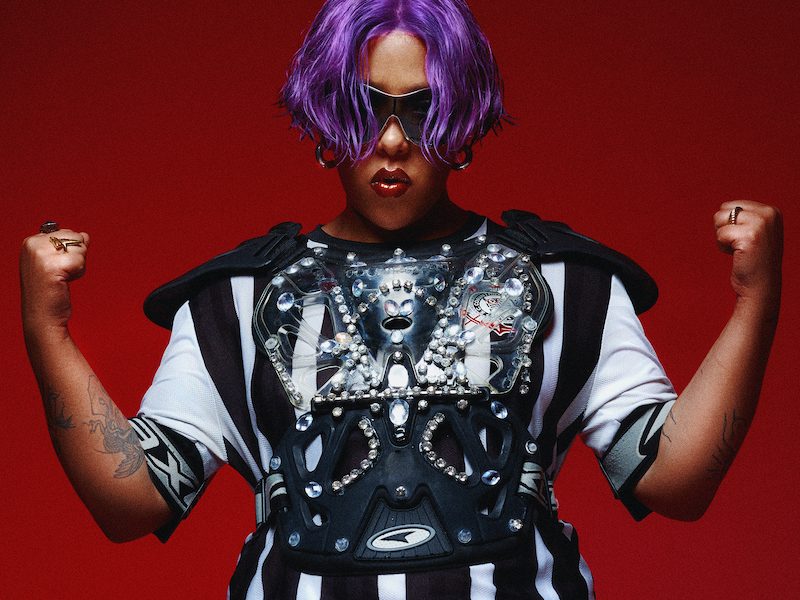 Her debut EP, self-title BADSISTA, was released on April 16th by the São Paulo label Funk Na Caixa, with contributions from Lei Di Dai, who also invited her to participate in the album’s celebration of the singer’s 10- year career, among rappers like Kamau and Max BO (SP).

At the beginning of 2017, BADSISTA started a new partnership with Linn da Quebrada. It also kicked off its new project “Bandida”, which brings together six more women from the electronic music scene, also coming from peripheral areas, to propagate the sound and their respective jobs in a democratic way: done by women to all. Despite all that, Rafaela managed to have her and Marginal Men’s remix “Firmeza” launched in the special record that got together producers as Gilles Petterson and DJ Marfox (Portugal) for the remixes of Elza Soares End of the World LP.

BADSISTA signed the first album of Linn da Quebrada, “Pajubá”, which acted as music director and music producer. As if it were not enough, BADSISTA run for the Women Music Award, the first prize dedicated to recognized women effort in the Brazilian music business. She was a nominee for best dj and music producer and won as The Best Music Producer of 2018.

Her musical ability leads the dance floor by various genres of electronic music, especially the peripheral genres, such as techno, Chicago house, Brazilian funk. Music of the global ghetto. And that’s why her presence is much sought at parties such as Mamba Negra, Sangra Muta, and Tormenta – the underground scene of São Paulo; or around the globe like CTM Festival.