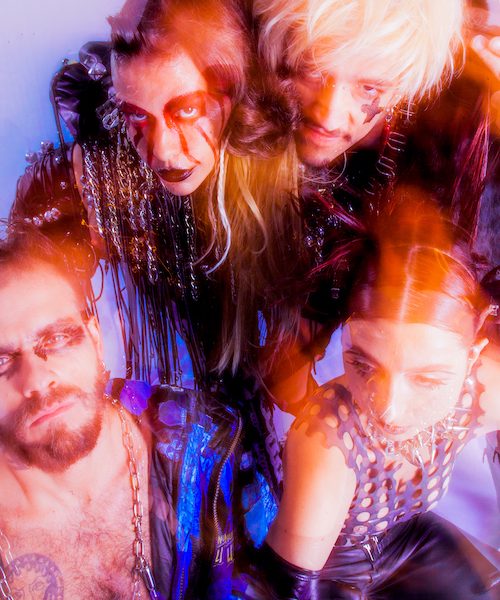 Teto Preto is a union of generative forces involving many expressive forms: from music to theater, from dance to fashion and everything in between. It emerged in the midst of that dense cultural broth stirred by the independent party movement that revolutionized the São Paulo music scene, and nurtured by female and LGBTQIA+ leaderships whose efforts have reinvented the city’s nightlife in the last decade.
Conceived within the Mamba Negra collective by Carneosso (nickname of Laura Diaz) and currently made of William Bica, Mari Herzer and Matheus Câmara, it seeks to incorporate every the genres and genders needed to represent the human and musical diversity of the dancefloors that inspire it. This is the main element that allows it to move intensively through environments as varied as Boiler Room, SP na Rua, RBMA Festival, CCBB and Dekmantel Festival in its hometown, but mainly events as diverse and widespread across the its home country as Rider street festival in Rio, Rec Beat in Pernambuco, MECA and Sensacional in Minas, Subtropikal in Paraná, Bananada in Goiás, Madá in the northeast, Se-Rasgum in Pará, Pic Nik in Brasília, reaching even the heart of the Amazon at Maomoon..

Booking EU except for FR, BE, CH – > Contact: Clement booking.limitrophe@gmail.com