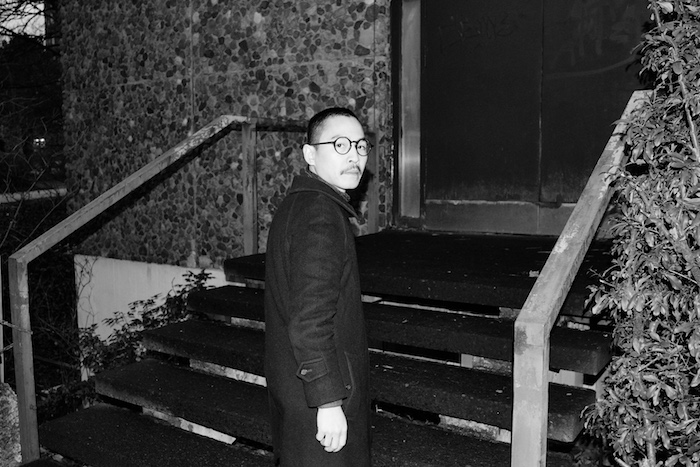 Phuong-Dan studied Cultural Anthropology and Photography – and also is a renowned DJ based in Hamburg, Germany.
For over a decade now he is both resident and host at legendary St. Pauli underground venue Golden Pudel Club.

Since over ten years he runs the club-night Gatto Musculoso, with guests like italian pioneer Beppe Loda, Veronica Vasicka of the Minimal Wave label, Daniel Wang, Vladimir Ivkovic, Tolouse Low Trax, Anika, Lovefingers, Alexis Le-Tan, Vidal Benjamin, Sean Canty or Ron Morelli. This list is far from complete but does describe the personal taste of Phuong-Dan and so the musical range of his DJ sets. He is spinning an unique eclectic mix from contemporary underground techno, minimal synth, post-punk, new pop and ebm, the electronic side of krautrock, and rare disco, to flashy left field experimental stuff – he couldn’t care less for narrow minded ones who restrict themselves to a certain genre or a specific decade, he is exploring the whole world of music on search for the groove of the night. Naturally, it should be on vinyl.

Phuong-Dan is a regularly guest at Düsseldorf’s Salon des Amateurs, he played noted clubs like Robert Johnson in Offenbach, De School in Amsterdam, Arma 17 in Moscow or 20/44 in Belgrade – but also in art spaces like c/o Berlin, Haus der Kunst Munich, Kunsthalle Vienna, or at events like Intonal Festival, Dekmantel Festival, International Short Film Festival Oberhausen, Foreign Affairs Festival Berlin, European Media Art Festival Osnabrück or Überjazz in Hamburg. He had supporting slots at concerts of artists like Asmus Tietchens, Dieter Moebius (of Cluster fame), Kreidler, Felix Kubin, Aksak Maboul and many more Since January 2015 Berlin Community Radio streams the opening hours of his Gatto Musculoso – when he shares the decks with his guest playing each other new discoveries or old faves, loosely dedicated to the more nonfunctional side of music.

Phuong-Dan has produced a whole bunch of podcasts for Noiseinmyhead, Lovefingers, Noncollective, Red Light Radio, L.I.E.S. Records or Dekmantel Festival. Find them at www.phuong-dan.de In addition he works on a project-specific basis as a screenwriter, photographer and music curator. (Andreas Reihse, ImageMovement, Kreidler)