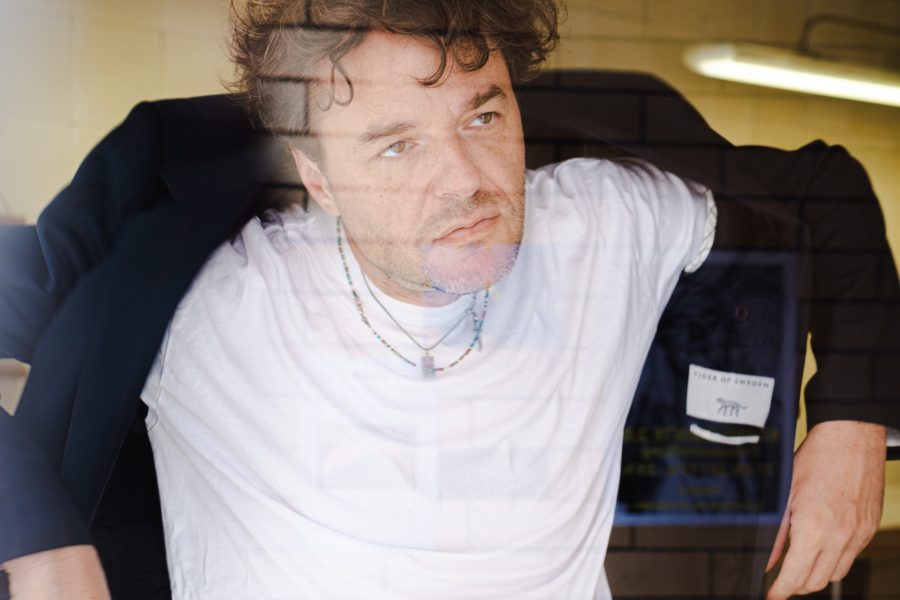 Chilean-born musician and DJ Matias Aguayo has traversed remarkable terrain over his three decades of creative pursuit. Many things have been key to his artistic interventions over the decades: playfulness and consideration; physicality and sensuality; experimentation, but with a convivial spirit; a respectful flow of energy and thought; transcendence, but with both feet firmly planted in the here and now. You can hear this in Aguayo’s recent work, with artists as diverse as Djs Pareja, Deena Abdelwahed, Lucrecia Dalt, Camille Mandoki, DJ Spoko, Julianna, and Mujaji The Rain, where he’s building communities dedicated to open-minded exchange.

From early work with Michael Mayer (Zimt), Dirk Leyers (Closer Musik) and Battles, through a string of acclaimed albums – Are You Really Lost (2005), Ay Ay Ay (2009), The Visitor (2013), Sofarnopolis (2017, with the Desdemonas), and Support Alien Invasion (2019) – Aguayo has walked a tightrope strung between the dancefloor and the research lab. With his voice as his main outlet, but fluent and fluid with multiple instruments, Aguayo works dance and pop music into curious, mutable shapes. He’s also a superlative live performer, folding together DJing, live sound, dance, and his constant, welcoming interaction with audiences. Instead of the tired, old hierarchy of performer on stage, Aguayo is at one both with his audience, and with the club as a space for play, potentiality, and community.

Aguayo is also a socially aware artist, being uniquely sensitive to what can happen when people band together. He’s co-run the Cómeme label since 2009, introducing such artists as Rebolledo, Ana Helder, Sano and Alejandro Paz to wider audiences; he’s also a tireless organiser of underground and street parties. More recently, Aguayo has built from his formative experience organising arts project Juventud Clandestina (Clandestine Youth) to become involved with social projects, for homeless shelters, retirement homes, Pitié Salpetriere Hospital, and prison outreach. The latter has developed into a theatre piece, Watch, in close collaboration with the detainees as actors, alongside pianist Shani Diluka, and director Olivier Fredj, performed at Le Chatelet, Paris.

What ties all this work together? Perhaps it’s a simple, yet profound question of the possibilities for us all to be moved by and through sound, to connect with each other in ways that transcend exchange and use, to reach for something deeper.