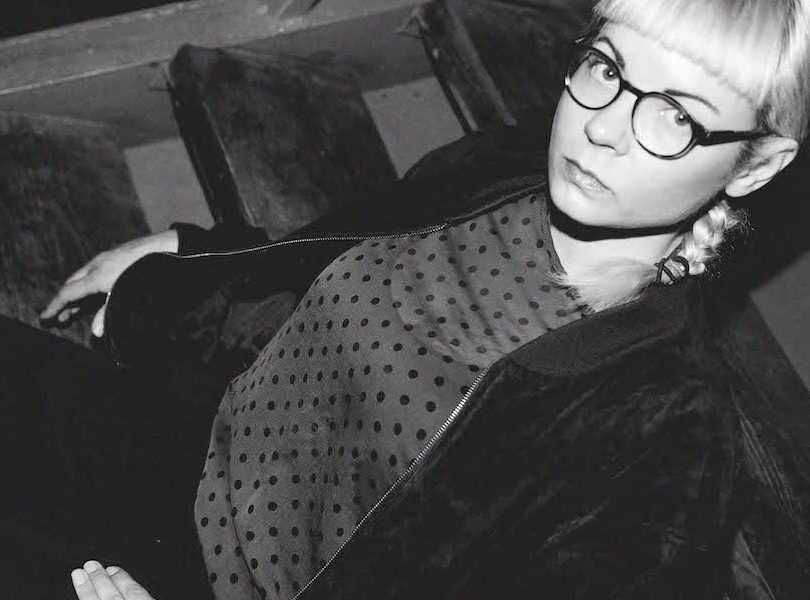 She likes dogs, Jacuzzis, riding a bike, , bålkos, å få napp, her own oceans of emotions, hummus, Rhabarbersaftschorle, free WiFi, Mezcal, dark days and dark nights, talking fast, dancing slow, serious shit, funny shit, singing, getting dirty, staying away, getting close, going hard, being active, being passive, being together, being there, getting it all. A DJ, a producer, and a positive thinker, she spent the last years exploring music, people, life and places.

From her home town Tromsø, where she ran her own clubseries, actively shaped the Insomnia Festival, and released two records on Mental Overdrive’s Love OD label, to Cologne, where she cooperated with artists like Coma, Lena Willikens, and developed a long lasting mutual love affair with the Salon des Amateurs. She has been travelling ever since and played, danced, loved, and laughed her way around the globe- from Buenos Aires’ infamous Dengue Dancing Parties to festival sites in Hanoi, Montevideo, Marseille, and Berlin.

Playful and silly, and therefore confident and sexy, whether as a Dj or playing live, her music is deep, dark, and psychedelic.

During the last twelve months, she has played Panorama Bar, the Nitsa Club in Barcelona, Todays Art Festival in The Hauge, Rockolectiv Festival in Bucharest, and more.

In May 2017, she released “Hidden Tracks” on Comeme, and in the autumn, there will follow remixes for Islaja on Monica Enterprises and for Sex Judas on Cymawax.

She’ll keep busy throughout the rest of the year, with live and DJ appearances on clubs and festivals all across Europe, and a bunch of mixes in the pipeline– still making time for retreating to the silence of the North, for mental and physical rejuvenation.